Important Appeal from God The Father to All! 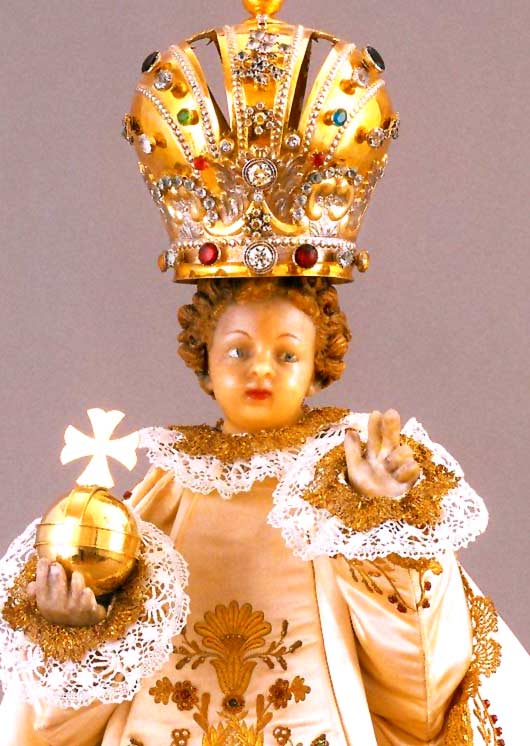 The Blessed Mother said: “My dear children, this feast of my Presentation is a blessing of My Immaculate Conception when I was born without original sin. This was my Son, Jesus, who prepared me to be without sin, so I was worthy to carry Him in my pregnancy as a pure tabernacle. I love all of my children, as my Son called me a Mother to St. John at the foot of the cross, and a Mother to all of you. A Mass was offered for both John and Carol for all you do to spread my Son’s messages and offer help to people. I call on everyone to pray my daily rosary and to wear my brown scapular. I put my mantle of protection over the parents and the children to direct your souls to Jesus.”

Here are the two messages:

At Holy Name after Communion I could see a crocodile with its jaws open wide and ready to consume a prey. Jesus said: “My people, this is an ominous sign of the old gods of Egypt that represented the occult worship of the demons. I have given you a word that the Antichrist would go to Egypt to be anointed by the occult priests of these old gods. This ceremony will receive great acclaim among the one world people who are supporting the Antichrist and will bring him into power in the European Union. The open jaws of this crocodile mean that this event could happen soon as the Antichrist is anxious to devour as many souls as he can with his demonic powers through his eyes. I have told you to not look at him because of his powers to mesmerize people to worship him. Do not have fear of this evil one for My power is greater and the Antichrist’s reign will be brief, but this hour of darkness is about to spread all over the earth. This is why My faithful will need to seek out My refuges of protection with My angels so you will not be killed or persecuted by these evil ones. Have patience but awhile and I will soon come in victory to defeat them and bring about My Era of Peace.”

Later, at the prayer group at Holy Name Adoration I could see a very ornate chair with Egyptian markings on it. Jesus said: “My people, this empty chair with Egyptian markings on it represents the chair of power for the Antichrist. He will be going to Egypt to be anointed by the high priest of Satan. He will be put in charge of the European Union and he will have his brief reign before I will bring his power to a close with My Comet of Chastisement. Do not have any fear of the evil ones, for I will protect you from being persecuted when you are made invisible. Trust in Me and you will soon see My victory once you see the Antichrist taking his seat of power.”

Jesus said: “My people, you are in the pre-tribulation before the Antichrist will declare himself as ruler of the world. The United States has to be brought down because you are standing in the way of the Antichrist’s takeover. This is why Biden was brought in by massive cheating because Biden’s mission is to take down America so the Antichrist can take over. Once your country goes down, you will be a part of the North American Union with Canada and Mexico. All of the power of the continental unions all over the earth will be given over to the Antichrist in the European Union, and he will declare himself as ruler of the world. Be prepared for the coming Warning, Conversion time, and the tribulation that will begin when I will call My people to the safety of My refuges.”

Jesus said: “My people, prepare yourselves for the coming tribulation of the Antichrist by coming to Confession and prepare your backpacks for coming to My refuges. You will soon see the one world people take your dollars out of circulation, and they will establish a digital dollar along with the mark of the beast. Do not take the mark of the beast or a computer chip in your body, and do not worship the Antichrist. Those people, who take the mark of the beast and worship the Antichrist, will be condemned to hell. If you do not take this chip in the body, you will not be able to buy or sell anything. Your present dollars will become worthless, and if you do not follow the way of the Antichrist, the evil ones will zero your bank account of the new money. Have no fear because after the six weeks of Conversion time, I will call My believers to My refuges with My inner locution. My angels will protect you with an invisible shield, but you must leave your house within 20 minutes of when I will call you, or you will risk being martyred. You will follow a flame with your guardian angel to the nearest refuge. You have waited a long time for these events to begin, so now they are at the door. Have no fear because I will protect My believers from the evil ones.”

Jesus said: “My people, I have warned you about Biden’s Executive Order 14067 which will bring about a new ‘digital dollar’ that will replace your current dollars and make them worthless. Already your bankers and the one world people are having a twelve week pilot program to start implementing the new ‘digital dollar’. Once this ‘digital dollar’ is installed, you will soon be forced to take a computer chip in your body which will be the mark of the beast. Do not take this chip in the body which would be needed to buy and sell everything. The evil ones will send UN troops door to door to try and force this chip on everyone. Before they try to force this chip on you, I will warn My faithful when to leave for My refuges so you are not captured and killed. You will call on Me and I will have your guardian angel lead you with a flame to the nearest refuge of protection. I have given this message many times, but now you will see this event happening before you in real life.”

Jesus said: “My people, I have asked you to trust in My Word about how I am having My refuge builders set up refuges where My angels will protect you during the whole tribulation from the evil ones. You will be brought to My refuges where My angels will protect you and provide for your needs. You will have a luminous cross in the sky at every refuge, and you will be healed of all of your infirmities by looking on this cross in the sky. Only My believers will be allowed into My refuges with your cross on your forehead. The angel at each refuge will not allow non-believers to enter My refuges.”

Jesus said: “My people, have no fear of the Antichrist and the demons because My power is greater than all of them. I will only allow the evil ones to go so far, and I will protect My followers from harm. You will be safe at My refuges throughout the whole tribulation. At the end of the less than 3½ years of the tribulation, I will bring My victory over the evil ones with My Comet of Chastisement that will kill the evil ones and cast them into hell. My believers will be shielded from the Comet of Chastisement by My angels, and My believers will not be harmed.”

Jesus said: “My people, after I cleanse the earth of all of the evil ones, I will renew the earth as in the Garden of Eden. You will be brought down into My Era of Peace and you will have younger bodies, as you will be eating from the Trees of Life that will allow you to have children and live a long time. You will only eat fruits and vegetables with no meat. There will no longer be the survival of the fittest. You will be made saints on earth with no evil influence, and you will come to heaven when you die in the Era of Peace. Rejoice when you will be with Me in love in heaven for all eternity.”